TERESA TOSCANO FROM HUELVA, LEADER THANKS TO A LAP OF 66 HITS IN PEDREÑA 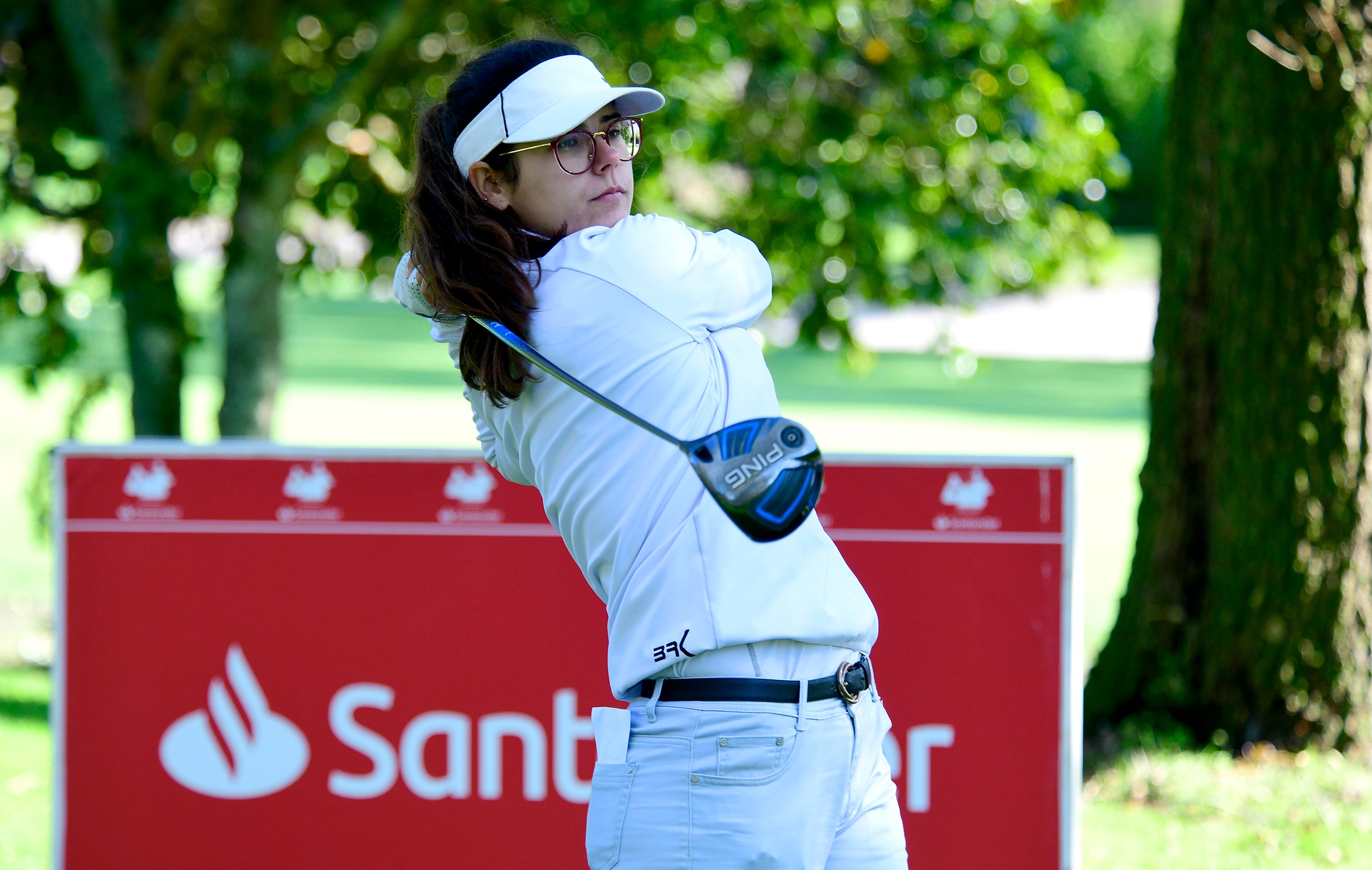 The amateur has completed a sensational lap of five under
After Toscano, the Balearic Luna Sobrón and the Galician Marta García Llorca were placed in second position with laps of 69 strokes (-2 total)
For the first time in Spain, the electronic card has been used in a professional tournament
Official website of the circuit
Departure times
Interview with Teresa Toscano
Punctual began this morning the first day of professionals of the Santander Golf Tour in Pedreña. Today all eyes were on the 33 players who made up the great poster of the test to play this tournament at Real Golf de Pedreña. An event that took place in fantastic weather conditions.
All the players praised the good condition of the field, especially the uniformity of the greens, a favorable circumstance for the development of the game, and the number of birdies that were seen today.
The amateur player Teresa Toscano, recent winner of the SDGA Match Play Championship, an individual tournament of the South Dakota Association (United States), has placed the solo leader after completing a spectacular round of 66 strokes (five under par). The Huelva player displayed her best game and has shown the good form in which she is. Toscano faces the second and final day with three strokes of advantage over her pursuers, Luna Sobrón, winner of the Santander Championship of Spain for Professionals played at Real Golf de Pedreña in 2018 and Marta García Llorca from Vigo.
At the end of the test, Toscano highlighted the good condition of the course: “I felt very comfortable, we had a great day and also the greens and fairways were in perfect condition. Besides, it was easy for me to recover from the bogeys and that has been key ”.
In addition, he confirmed the great state of form in which he is after a great training in the United States: “I have been training a lot lately and I have made some changes when preparing that I think have helped me a lot”
Behind, the classification has undergone constant changes during the day, thanks to the number of birdies and eagles that have been seen. It is worth highlighting the great role of amateur players. In addition to Teresa Toscano and Marta García Llorca, Teresa Díez Moliner was in fifth position with a lap of 70 (one under par).
For the first time in Spain, the electronic card has been used during a professional golf tournament, instead of the classic game card to enter the results of each match.
The tournament at Real Golf de Pedreña will continue and end tomorrow, in a second day that promises to be as exciting as today and that will keep the players focused until the last hole. The end of the competition is estimated to take place around 3 pm, at which time the prize will be awarded to the winner.
Classification Day 1
Facts about the field
The Real Golf de Pedreña was founded on December 29, 1928, the date on which the purchase of the 274 farms that initially formed the course was agreed. The initiative of the construction corresponded to H.M. Queen Victoria Eugenia.
Throughout all these decades the Cantabrian club has been a source from which dynasties have sprung up that have written the history of Spanish golf: Bedia, Carriles, Cayarga, Roqueñi, Rozadilla, Sierra, Sota and, of course, Ballesteros. The unforgettable Seve has made the tour a place revered by lovers of this sport, since every fan knows that the Cantabrian genius was forged in Pedreña.
The course, of course, has undergone modifications throughout all these years, and currently has 5,764 meters, par 70, but it has always been ensured by the commitment that the course is played as Harry traced. Colt in 1927. In recent times the club has added a short game area that includes a pair of bunkers and two greens,
Royal Golf of Pedreña
Carretera General s / n, 39130 Pedreña, Cantabria
Telephone: + (34) 942500001
Email: info@rgpedrena.es
About the circuit
The Santander Golf Tour is a firm commitment by Banco Santander to professional women’s golf and has the support of Santander Private Banking as a sponsor. Wilson Golf, Addictive and Estrella Damm are preferred suppliers. The Royal Spanish Golf Federation together with the rest of the territorial Federations through which the circuit passes add the rest of the essential support for the celebration of this tour.
The Santander Golf Tour has its own app and website: santandergolftour.es. For more information: prensa@deporteandbusiness.com
FACEBOOK: Santander Golf Tour
INSTAGRAM: @santandergolftour
TWITTER: @SantanderGolf
YOUTUBE: Santander Golf Tour
Departure times: Friday 4th, from 8:30 am on the 1st tee.
Awards ceremony: Friday 4th around 3:30 pm, at the end of the competition.