NATALIA ESCURIOLA: “THE GREAT OBJECTIVE IS TO WIN THE RANKING AGAIN, I HAVE A LOT OF WILLING TO COMPETITION” 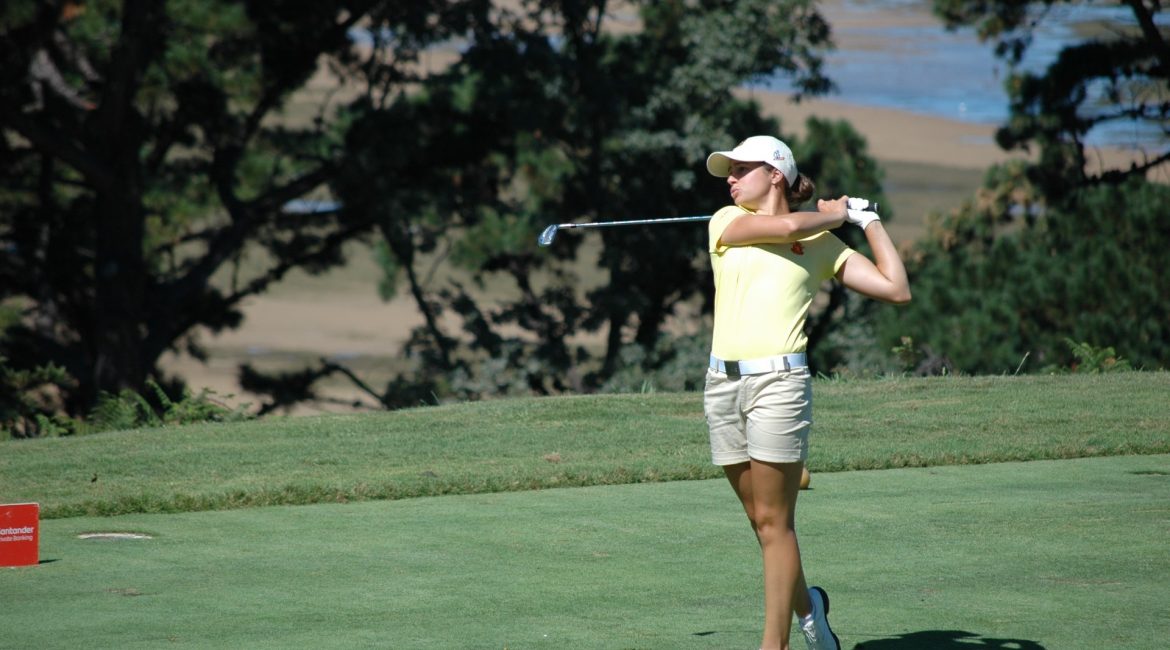 The Castellón-born golfer, winner of the final ranking of the Santander Golf Tour 2018 and 2019, will seek to revalidate the title in 2020
Luna Sobrón, winner of the Spanish Professionals Championship at Real Golf de Pedreña in 2018, an indisputable reference in the first round of the circuit.

Natalia Escuriola, attends the Santander Golf Tour after winning the Order of Merit in the last two years. The Castellón comes to Pedreña eager to return to the competition: “The big goal is to win the ranking again, I really want to play, since the Spanish championship last December I did not compete.” In addition, she highlighted the good condition of the course: “The course is spectacular, as always, the greens and fairways are perfect.”

On the other hand, the Balearic golfer Luna Sobrón, consecrated in the Ladies European Tour and one of the Spanish references, also comes to Pedreña. Sobrón arrives in Santander with clear ideas about this season: “I really wanted to compete in the Santander Golf Tour to do the filming and return to competition, we are very grateful to Banco Santander that we can have a circuit in which we can compete again ”. Looking back, Luna remembered her victory in the 2018 Santander Spanish Championship at Real Golf de Pedreña: “In 2018 the course was different, it was very cold, it rained a lot, but I have always liked it; I really enjoy playing it and I was very excited to win at Seve’s field ”.

It is worth noting the presence of ten amateur players of the highest level. Among them Ana Peláez, Teresa Toscano and Marta García Llorca, who next week will represent Spain in the European Team Championship to be played in Sweden. Along with this great group, there will also be players such as María Herráez, Alejandra Cambronero, Petra Durán, María Piñeiro, Elena Hualde, Teresa Díez Moliner and Fátima González, who will complete the group of amateurs who will compete from tomorrow at the Real Golf de Pedreña. A roster of players who confirm the future of Spanish women’s golf.

Tomorrow the first day will be held in Pedreña, and on Friday the second and last round of competition belonging to the first round of the Santander Golf Tour 2020.

Facts about the field

The Real Golf de Pedreña was founded on December 29, 1928, the date on which the purchase of the 274 farms that initially formed the course was agreed. The initiative of the construction corresponded to H.M. Queen Victoria Eugenia.

Throughout all these decades the Cantabrian club has been a source from which dynasties have sprung up that have written the history of Spanish golf: Bedia, Carriles, Cayarga, Roqueñi, Rozadilla, Sierra, Sota and, of course, Ballesteros. The unforgettable Seve has made the tour a place revered by lovers of this sport, since every fan knows that the Cantabrian genius was forged in Pedreña.

The course, of course, has undergone modifications throughout all these years, and currently has 5,764 meters, par 70, but it has always been ensured by the commitment that the course is played as Harry traced. Colt in 1927. In recent times the club has added a short game area that includes a pair of bunkers and two greens,

The Santander Golf Tour is a firm commitment by Banco Santander to professional women’s golf and has the support of Santander Private Banking as a sponsor. Wilson Golf, Addictive and Estrella Damm are preferred suppliers. The Royal Spanish Golf Federation together with the rest of the territorial Federations through which the circuit passes add the rest of the essential support for the celebration of this tour.

The Santander Golf Tour has its own app and website: santandergolftour.es. For more information: prensa@deporteandbusiness.com