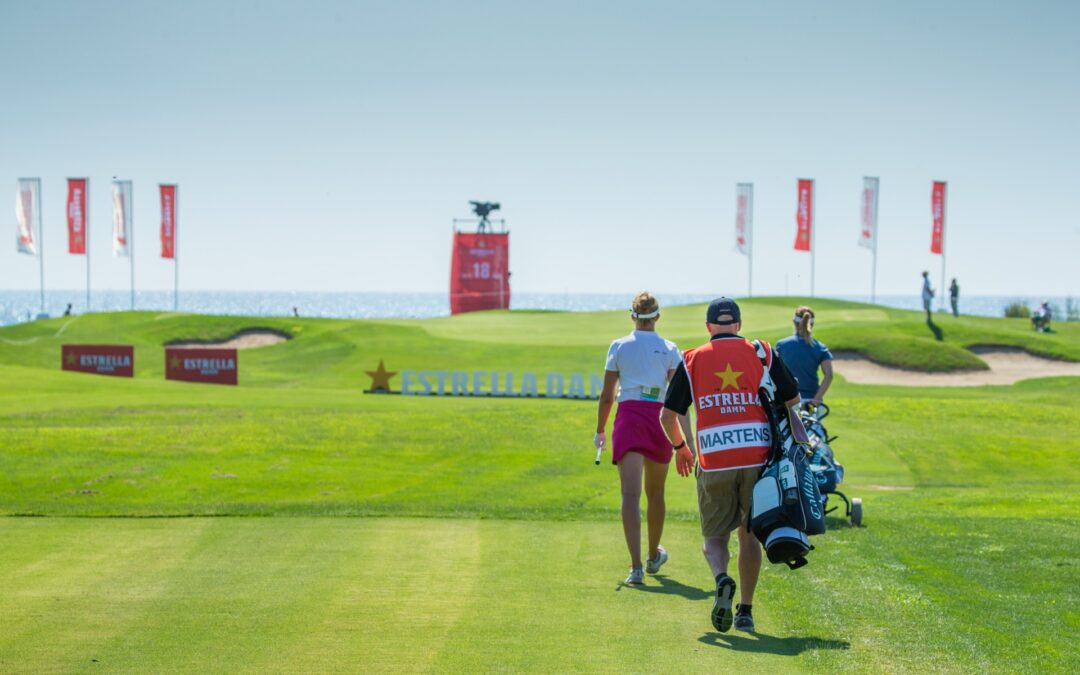 The tournament, framed in the LET calendar (Ladies European Tour), will come back in 2021 stronger and more excited after this year’s forced break. During the past week the networks have been filled with content from the three previous editions with great participation from the fans and with a waste of affection and passion on the part of the players themselves, who have demonstrated the uniqueness of this tournament that is held every year at Golf Terramar, Sitges (Barcelona), since the year 2017.
ESTRELLA DAMM MEDITERRANEAN LADIES OPEN RRSS

The Estrella Damm Mediterranean Ladies Open special social networks ends its most digital edition with the illusion set in the 2021. Throughout the past week, users have gone all out with all the content and have participated to a great extent in the contests, quiz and daily raffles. Further, some of the best moments of the tournament have been relived even on television, since the victory of Carlota Ciganda in 2019 has been broadcasted by both Movistar Golf and Teledeporte throughout the weekend.
On the other hand, up to seven radio stations carried out special programs of the tournament and dedicated a large part to speaking with the protagonists of the Mediterranean Ladies Open, in the words of the players “one of the best tournaments of the year”.

All week long, There have been several protagonists who have been seen by the different communication channels of the tournament. On the Instagram channel @MeditLadiesOpen Florentyna Parker, champion of the first edition, assured: “Golf Terramar is a special place, having the city so close is a bonus to have a good time in the afternoon. It is simply a perfect venue ”.
Interviewed for her victory, explained: “I was in the last game with Carlota and Mel Reid leading by four shots, and I’ve been in that position so many times that the only thing I thought about was enjoying and attacking. Once we got to the playoff, the first of my career, I told myself: You have to go for it, they are the best in the world, I have nothing to lose. And that’s why I played amazing ”.

On the other hand, Anne Van Dam, winner of the edition 2018 remembered: “I played the best golf of my life, everything was perfect, I won by eight shots difference. The nice thing was playing well one day and the next too, because that is the difficult thing about golf. It was a great week. The key was to be calm and just focus on the next shot and the next hole., that was the big key ”.
Meanwhile, Marta Figueras Dotti, presidenta del Ladies European Tour: “It is a very attractive tournament for all the activities that are generated around it. We have played paddle, we have made paellas contests, raffles, soccer, and that’s why many spectators usually come throughout the week. It’s my favorite tournament, not just because of the site, the field and the people, but I feel like it’s my tournament ”.

Finally, Josep María Farras, member of the Golf Terramar Board of Directors assured: “Terramar is a social club for families and the fact of joining a brand like the LET, has given it a great dimension internationally. Internally it has been a requirement to have the field better and better. With housing for example we had more requests from members than players, and it was surprising that players who were fighting for the title until the last day were in the housing. That is to say, opting for housing was not cheap for them, but to enjoy the tournament and the community, living a unique experience here at Terramar ”.

Bet by Sponsors and Companies
Apart from the sponsorship of Estrella Damm and the institutions that have collaborated in the event since its first edition -Generalitat de Catalunya, Barcelona Provincial Council, Sitges City Council, RFEG, Catalan Federation of Golf-, the other companies that support and contribute to the existence of the tournament also deserve special mention, finisher case, Romeu Group, Kyocera, FIATC Insurance, Audi Vilamobil, Greenmowers, Riversa and a long list of collaborators. We thank all of them for their support.