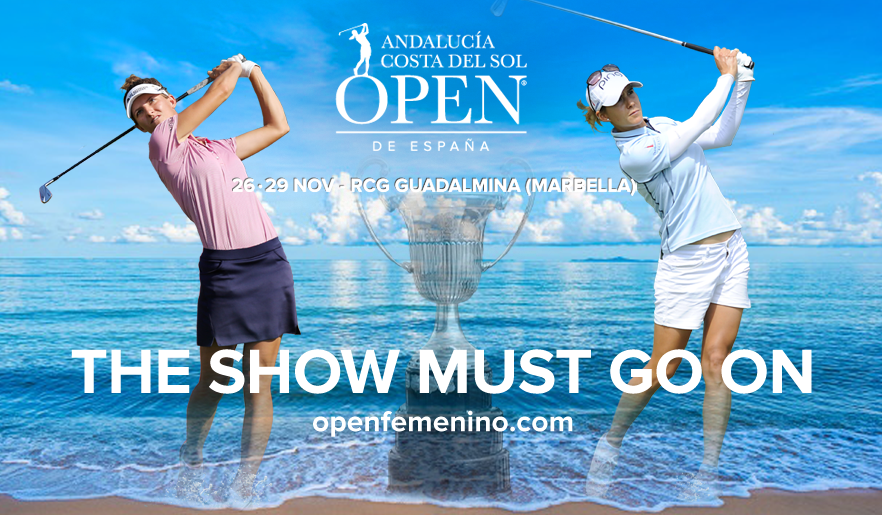 About the Andalusian Regional Government Tourism Council
Andalusia is one of the most complete tourist destinations in the world, with a diverse and quality offer that satisfies both foreign and national tourists alike. Furthermore, Andalusia is an international reference in golf tourism. Its unbeatable climate allows you to practice this sport during all the months of the year in more than a hundred courses located in privileged areas, with landscapes of great beauty or near paradisiacal beaches.
www.andalucia.org

About Acosol
Acosol is the public company belonging to the Commonwealth of Municipalities of the Western Costa del Sol that manages the integral water cycle, within its geographical scope, as a vital and essential service for citizens, working to guarantee supply and sanitation. Acosol is committed to the environment, collecting, transporting, purifying and regenerating wastewater, thus contributing to the preservation of water resources and leads initiatives at the provincial, regional and national levels. In addition, Acosol stands out for the work it does in the irrigation of golf courses through the use of recycled water.
www.acosol.es

About the Real Club de Golf Guadalmina
With over 60 years of history, Guadalmina is one of the leading clubs on the Costa del Sol and, by extension, in Andalusia and Spain. Nursery of great champions, the club stands out for its magnificent facilities, its great social life and for the constant renewal of its competition teams, from which players of the stature of Azahara Muñoz, Noemí Jiménez, Laura Gómez and Laura Cabanillas have left. With two 18-hole courses (including the south course, designed by Javier Arana, which will host the Spanish Women’s Open) and an attractive Pitch & Putt, the Real Club de Golf Guadalmina is the regular venue for highly competitive amateur tournaments. and hosted the Spanish Women’s Open in September 2017.
www.guadalminagolf.com