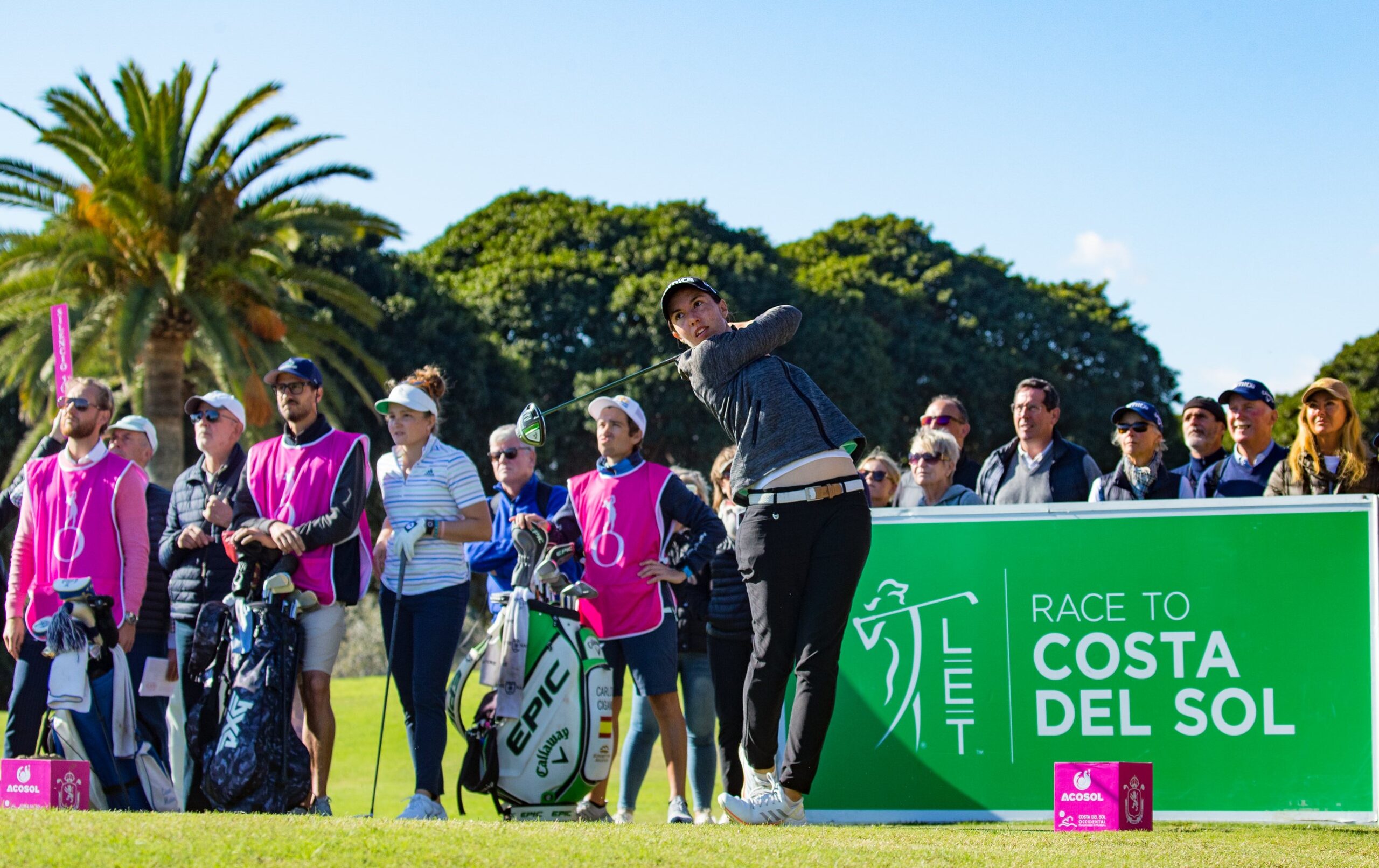 The player from Navarre has confirmed her participation in the tournament that will be held from November 24th to 27th at Alferini Golf (Villa Padierna), and which also will close the Ladies European Tour season

Carlota Ciganda will have the opportunity to defend her title at the Andalucía Costa del Sol Open de España 2022, a tournament that will be the culmination of the Ladies European Tour (LET) season and that will take place from November 24th to 27th at Alferini Golf (Villa Padierna), in Benahavís (Málaga).

“I am very excited to defend the title I won last year at the Andalucía Costa del Sol Open de España and also play in Spain again in this final stretch of the season,” Carlota Ciganda declared.

With that victory last year at Los Naranjos Golf Club, Carlota Ciganda won the only tournament she had yet to win in our country and if she revalidated her title, she would also earn this season by winning in her two events played in Spain.  She also won last July at the Estrella Damm Ladies Open presented by Catalunya that was held at Club de Golf Terramar.

“I’ve been fortunate enough to be Spanish champion in all categories and winning the Andalucía Costa del Sol Open de España title last year was very special. I always have very good memories of the tournaments I’ve played on the Costa del Sol and in Andalucía, so I’m looking forward to playing against the best players on the LET and ending the year in the best possible way,” she added.

Carlota Ciganda is currently the highest-ranked Spanish player in the world ranking, occupying 48th place. In this season that is about to conclude, and in addition to achieving the victory in Sitges, she got her best position in a Grand Slam tournament by finishing third in The Amundi Evian Championship. She also has signed two fifth places in the LPGA and another one in the LET.

The Andalucía Costa del Sol Open de España 2022 will be held at Alferini Golf (Villa Padierna) from 24 to 27 November and is part of the Solheim Cup 2023 programme, an event declared an Event of Exceptional Public Interest (AEIP) and which provides important tax advantages to participating companies.